All of the men in the photos below were known to my father by name and face and, to the best of my knowledge, he never spoke of them after rotating stateside in 1944.  They are also now known to me, some by name and fate.

I know my way around death and the carnage and the recovery and the ultimate consignment to dust that attends murder, wrecks on the highway, and both natural and unnatural causes, but not like this.  Not in the heat or the strain or the stench of air war in the South West Pacific.

Kneeling first on left (above) Engineer S/Sgt William R. Homer having survived WWII, went missing in action in the Korean War on 13 June 52 while with the 91st Strategic Reconnaissance Squadron when his RB-29A Superfortress was shot down by 2 Mig 15s over the sea of Japan.  He was officially presumed to be dead on 15 November 55. 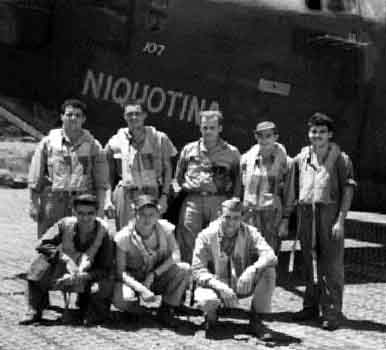 The men listed on the report below were declared KIA as a result of a crash on take-off for the same 27 May 44 strike on Bosnek which my father took part in.  But, I have reason to believe the report may have been too hastily prepared, possibly due to the hurry-up instruction that it be completed within 48 hours.

The first four names – Hodgins, Hartman, Donovan, and Carroll – are on a list of 64 names and mailing addresses I have which was compiled by my father and given to a souvenir patch maker in Townsville, Australia on 7 July 44.

The list is attached to a paid receipt and each of the 64 were to receive by mail 1 each of 2 patches, which indicates that all four were alive on that day.  But the fact the the other six were not on the list leads me to believe that they, in fact, did not survive the accident. 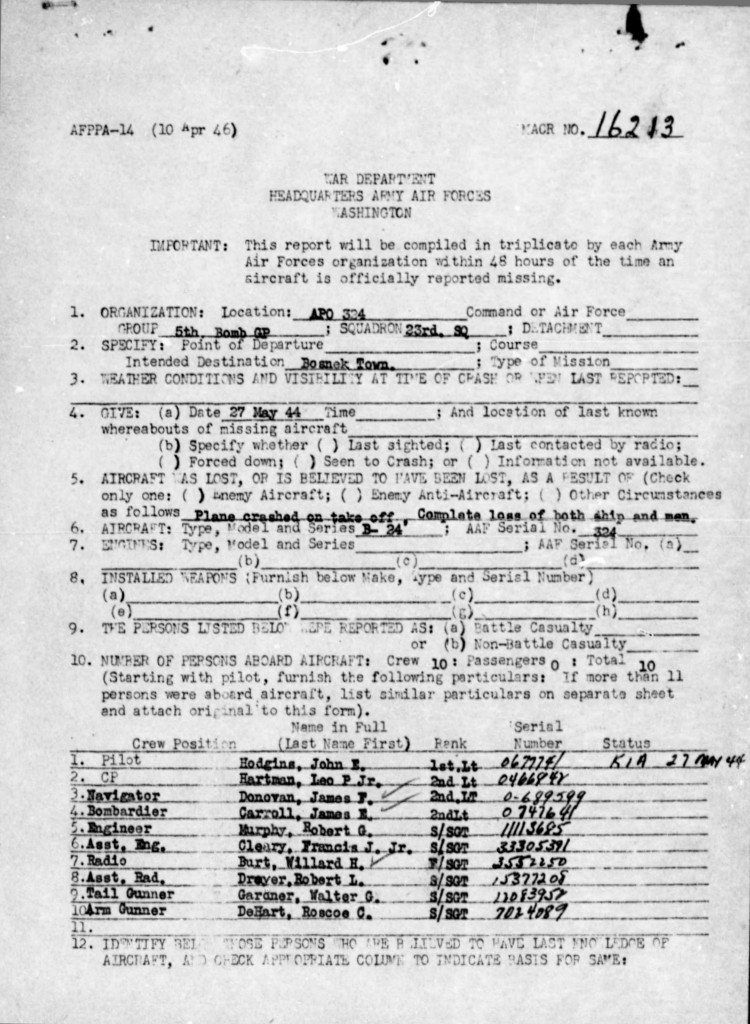